Significant changes are on the horizon for our Township and we will need everyone working together to ensure that we manage these changes to provide the best results for all present and future Township residents.

I look forward to working with you and hearing any comments, concerns, questions, or suggestions you may have regarding our Township.

Grew up on family farm in Twp.

Active participant in nearly all Twp. meetings for the past 25 years

Son, Zach, is a freshman at the University of Toledo

Parents, Fred and Norma Kendall, reside in the Twp.

Administrator and faculty member in the School of Communications Studies at WBGU-TV at Bowling Green State University.

The Providence Township
Board of Trustees regular
scheduled meetings
are on the 1st and 3rd
Wednesday of each month
unless otherwise indicated.
Meetings start at 6:30 p.m.
Held at:
Providence Township Hall
13257 Perry Road,
Grand Rapids, OH. 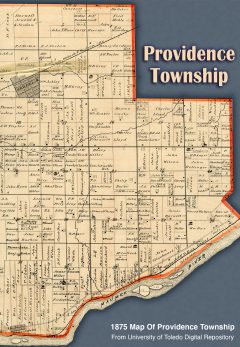